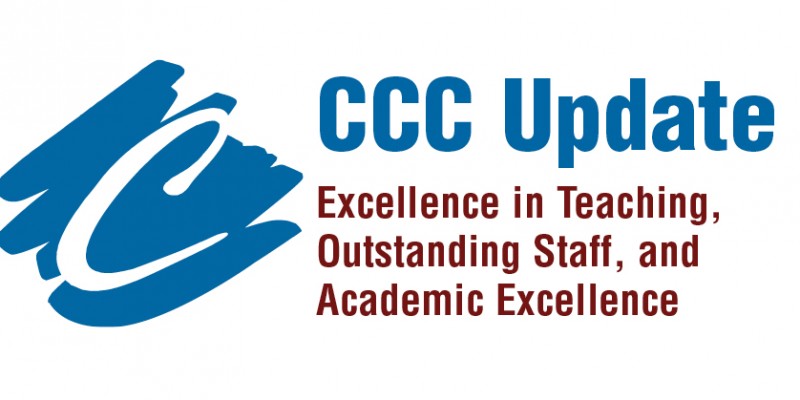 Dr. Starr Morrow Camper, Department Chair of Social Sciences at Cleveland Community College, is the 2014 Excellence in Teaching Award recipient. Dr. Camper has been teaching history and political science at the College for 22 years.

Camper earned her doctorate in Women’s history with a minor in Russian history and political science from the University of South Carolina at Columbia. She earned her master’s and bachelor’s degrees from the University of North Carolina at Charlotte in history and also attended Isothermal Community College where she received an Associate in Arts degree. In 2002, Dr. Camper received the Outstanding Alumni Award from Isothermal Community College. She was also the Excellence in Teaching Award recipient at Cleveland Community College in 1996.

Dr. Camper says her greatest honor in winning the Excellence in Teaching Award is that a student felt she was deserving enough to take time to nominate her. “Teaching is one of my greatest passions, and to be recognized is amazing. I am blessed to work with a group of outstanding colleagues, each of whom is an excellent instructor. CCC gave me a wonderful opportunity years ago and I will be forever grateful,” she says.

When she isn’t in the classroom at CCC, Dr. Camper says she enjoys hanging out with her husband, Wes, their three rescue animals, and also reading anything written by Clive Cussler. She says she also loves being actively involved with her sons, Scott and AJ, at their school-Thomas Jefferson Classical Academy. Regardless of her busy teaching schedule and family, Dr. Camper still finds time to serve as Sunday School Director at Bethany Baptist Church and also volunteers at Grace of God Rescue Mission, Path Shelter, and Noah’s home. She and her family live in Forest City, North Carolina.

Barbara McKibbin, Dean of Learning Resources, is the 2014 Outstanding Staff Member Award recipient. McKibbin has served at the College for 23 years and began her career as the Director of Library Services.

Since that time, she has also served as Library Director. McKibbin earned a master’s degree in library science from the University of North Carolina at Chapel Hill and a Bachelor of Arts degree in English from Gardner-Webb University.

McKibbin is currently serving as president of the North Carolina Community College Learning Resources Association and says, “I was honored to be considered for this award as I see the hard work and dedication of so many of the employees of the College who are also deserving of the recognition. I love working at Cleveland, and particularly in the Rose Library because I constantly see how our efforts make a difference for students. It is very gratifying to be recognized for what I do, but what we have accomplished in the Library and Learning Resources Department is a result of a team effort,” she adds.

McKibbin and her husband, Barry, reside in the small community of Delight in upper Cleveland County.

Anna Marie Vagnozzi has been named the 2014 Academic Excellence Award winner at Cleveland Community College. Vagnozzi is pursuing both an Associate in Science and an Associate in Arts degree and holds a perfect 4.0 grade point average.

Vagnozzi says her background as a homeschool student was one of the reasons she chose CCC. “At the age of 16, I didn’t really feel ready to make the jump to living away at a university. CCC gave me the option of a smooth transition from home education to the classroom environment,” she says. “Plus, the low-cost tuition, job opportunities, and financial assistance also gave me the ability to begin saving for when I transfer to a four-year institution.”

“Each year academic award winners are chosen for not only their work inside the classroom, but their involvement on campus is just as important. Anna Marie was a perfect fit by serving as a work-study and tutor in the Student Success Center,” says Vice President of Student Services Dr. Andy Gardner. “She is also president of Phi Theta Kappa honor society and serves as a senator for the Student Government Association,” he adds.

Off campus, Vagnozzi is actively involved in the North Carolina 4-H Youth Development Program and says her involvement in 4-H has built character, communication, team work skills, and leadership abilities. “I know one day my love of learning and teaching will allow me to touch others’ lives and I will have my homeschooling, 4-H, and CCC to thank for that,” she says.
Vagnozzi is the daughter of Sam and Cheryl Vagnozzi of Kings Mountain and she has two siblings, Anthony and Hannah.

The North Carolina Community College’s Academic Award winners are chosen from each of the 58 NC Community Colleges. The students are selected for their academic accomplishments and leadership ability. They also excel in the classroom and are dedicated to making a difference on their campuses and in their communities.

Past Recipients of the Excellence in Teaching Award