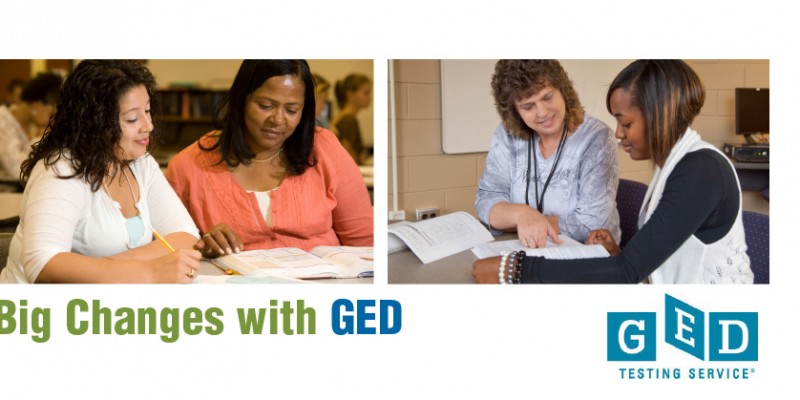 As the year 2014 quickly approaches, big changes are in order for the General Education Development (GED) Credential. The 2002 series of tests are being phased out and a new series will begin in January of 2014.

What this means is that anyone who has successfully passed one or more of the 2002 series tests must complete the remainder prior to the end of December 2013. The current GED series is comprised of five separate sections including Language, Math, Social Studies, Science, and Writing. An individual may have taken and successfully completed the Social Studies, Science, and Language exams, for example, but either did not take or did not pass the Writing and Math sections. A person in this example needs to complete the final two sections prior to the end of 2013.

Anyone who has passed one or more sections of the exam, but not all five, needs to get in touch with the Learning Center at Cleveland Community College as soon as possible. If any remaining sections of the tests are not completed prior to the start of 2014, all previous exam scores will be voided. To prevent losing credit for successful completion of prior exams, students who have sections remaining should contact the Learning Center at 704-669-4050 in order to re-enroll.

Another change coming for the new GED series of tests is the content and sections of the exam. The exam will move from five sections to four. Language and Writing will be combined into one section and additional writing components will be utilized on the other sections. Students will also be assessed on prior knowledge.

With the coming year, the GED will move to a computer-based format. Students taking the exam will complete it on a computer in a testing center at CCC. For the remainder of 2013, paper based exams will be available. However, beginning in July 2013, Cleveland Community College will begin offering the computer-based exam of the current series. Students will have the option of taking the test by computer or by paper and pencil.

Cost is another reason students who have previously completed one or more sections of the GED should make plans to complete any remaining sections prior to the end of 2013. Currently, the entire test can be taken for a cost of $35. Though there may be changes in 2014, the current price for the computer based version beginning in July, 2013 is $24 per exam. Therefore, most students will opt for the paper and pen version through the remainder of 2013. It is unknown at this time what the charge will be going forward for the computer based test in 2014. However, it is likely to be more than the $35 total currently charged. This is a strong financial incentive for students to go ahead and complete any remaining sections prior to January, 2014.

Students who wish to restart their GED program of study should contact the Learning Center at
704-669-4050. Students entering or re-entering the program must complete an Orientation prior to entering class.